Target HR / employment contracts / Should all employers include a “bad behaviour” clause in employee contracts? 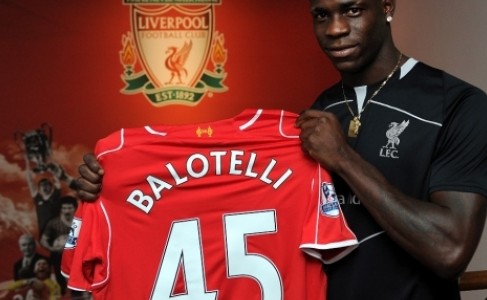 Should all employers include a “bad behaviour” clause in employee contracts?

There has been much speculation this week that Liverpool Football Club might have included a range of tough contractual clauses in the current “enfant terrible” of football, Mario Balotelli’s employment contract with the club, including a refund on the signing fee should the player misbehave in the future.

According to leading employment lawyer Glenn Hayes from law firm Irwin Mitchell as reported in HR Review, Liverpool Football Club can insulate itself to minimise the risk of any future misconduct. Contractual clauses that Liverpool FC could also consider include reduced notice periods if certain defined disciplinary offences take place and / or offering the player a shorter initial contract with the potential for subsequent extensions, should certain conduct, behavioural or performance conditions be realised. Liverpool could also pay close attention to any contractual clauses governing their required expectations of the player, especially in relation to training. Considering incremental pay increases based on behavioural related conditions is another such option, though seems less likely in practice given that Balotelli is reported to be negotiating a weekly salary upwards of £150,000.

In the HR Review article, Glenn Hayes pointed out: “Balotelli is clearly a world-class player and if Liverpool completes the deal they will of course be hoping that the player performs well on and off the pitch. His past record does suggest that there is potential for future misbehaviour and Liverpool will, I expect, be ensuring that they protect themselves. There are a number of non-standard options that the club has and I would not be surprised if they were written into his contract. The key will be for Liverpool to define the parameters for what will constitute bad behaviour. This is particularly important in an industry which seemingly often makes its own rules, and where general employment law principles are often overlooked.”

Glenn Hayes added: “All businesses should protect themselves in relation to staff discipline. Whether this be in relation to what they say on social media, what they wear and how they speak to customers or clients. In the case of Liverpool, they are very aware of their reputation, particularly since the most recent episodes involving Luis Suarez, and they will want to make sure their contract is watertight and doesn’t expose them to any future loss should the player have disciplinary issues.”

We offer a full range of HR Services both locally in the Midlands, Nottingham, Derby and Leicester and Nationally including Contracting & Induction, Employment Policy & Outplacement Support